Link Between Hearing Loss and Alzheimer's 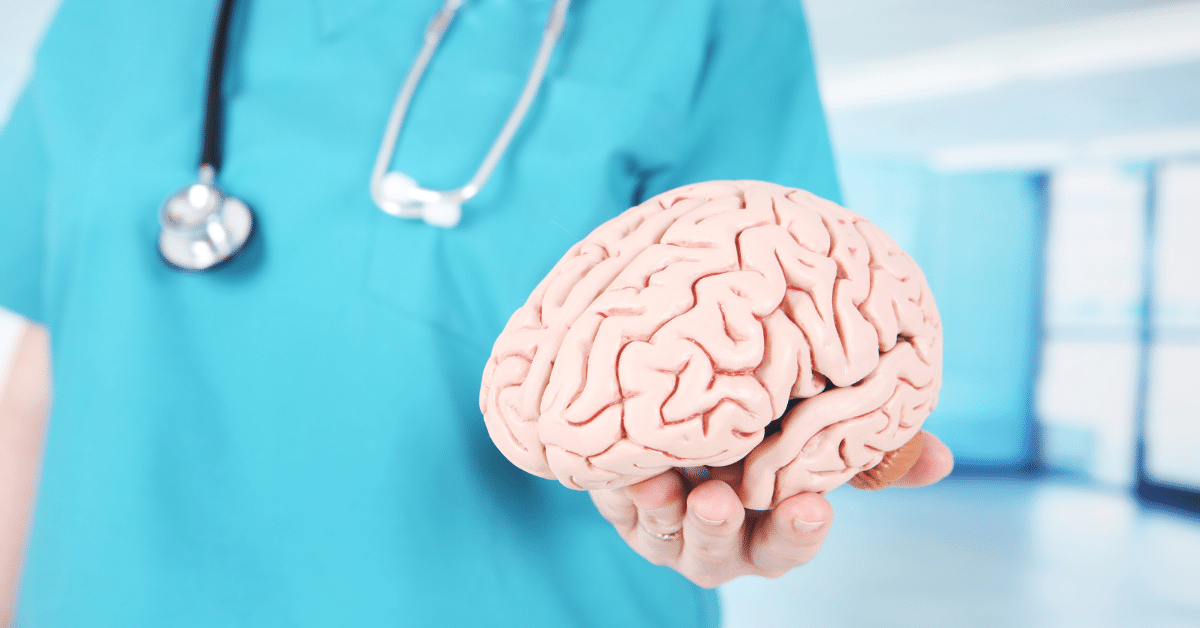 Getting your hearing tested at Hearing Spa of Florida can help you avoid the most common form of Alzheimer’s – dementia. There are similarities between dementia and untreated hearing loss. Both have no regard to class or ethnicity. Both can creep up on you before you know it – but hearing loss can and should be treated. Why? Because treatment can help you avoid dementia.

Alzheimer’s and cognitive loss
There are 46 million people across the world dealing with dementia, the most common form of Alzheimer’s. There are several physical forms, but dementia which affects cognitive abilities is the most widespread. The worldwide cases of dementia cost $818 billion a year in care.
Studies in the United States as well as Europe and Asia have discovered a link between cognitive loss and untreated hearing loss. Delaying a hearing test puts you at risk for dementia.

What is Alzheimer'?
Alzheimer’s is a brain condition that affects the parts of the brain that controls thought, memory and language. It is not a normal part of aging. Memory loss does come with age but forgetting where you put down the book you were reading versus forgetting how to operate the oven are the differences between forgetfulness and dementia.
Early stage indicators of Alzheimer’s include:

Cognition and untreated hearing loss
Did you know that you actually hear with your brain? Though most people think it’s just about the ears, the auditory process actually happens through an intricate relationship between your inner ear and the auditory center of your brain. Inner ear cells translate sound waves into neural signals that are registered by the brain as sound. With untreated hearing loss, people will experience muddled sound signals, which in turn create more work for the brain as it struggles to make sense of sound.

Although the brain is a fabulous instrument, it can become overburdened and start to function differently. Studies show untreated hearing loss puts a strain on parts of the brain that should be working on memory and cognitive (problem solving) thought. As you work harder and harder to process simple sounds because of untreated hearing loss, your brain capacity shifts and certain cells are not used, and they shrink. A John Hopkins National Institute on Aging study followed nearly 700 individuals with no dementia for six years.

Studies show people wait between three and five years to get hearing loss treated once it is discovered. The longer you wait, the more likely your brain will start to forget how to interpret and process sound.  Those parts of your brain then start to shrink and the onset of dementia is hastened.

Hearing aids help
Hearing loss is an invisible condition that happens gradually. For this reason, many people are not aware that they are experiencing hearing loss for many years. In this time, there are a number of negative consequences for leaving hearing loss untreated. Aside from increasing the risk for developing dementia (and thus, Alzheimer’s), untreated hearing loss has been linked to a higher risk of hospitalization, due to falls and accidents. In the workplace, people with untreated hearing loss tend to earn less than their colleagues with normal hearing – or colleagues who treat their hearing loss with hearing aids. On a personal level, treating hearing loss helps us stay connected to our loved ones and helps us stay social – a major factor in reducing the risk for Alzheimer’s.

The team at Hearing Spa can walk you through all the varieties of hearing devices and its even possible to “test drive” one or two to make sure you’ve got something that you can work with and will suit your lifestyle. There is no good reason to delay getting your hearing evaluated and treated. Living in a muffled world with less and less clear sound will make you miserable and – a good candidate for early on-set dementia. Call us at Hearing Spa today for an appointment. 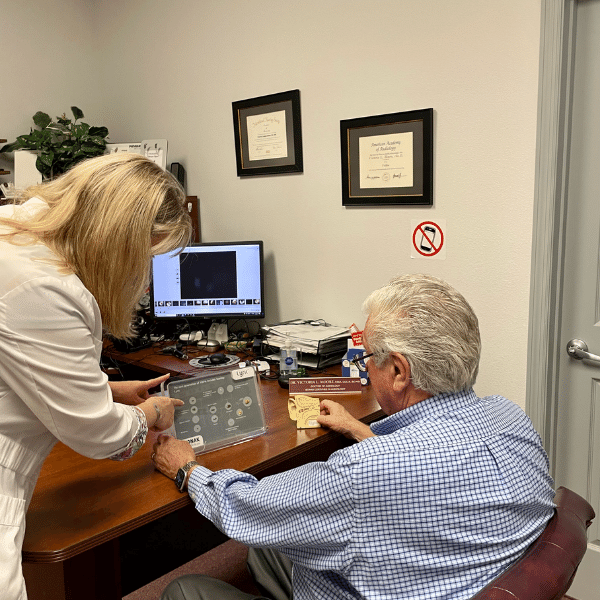 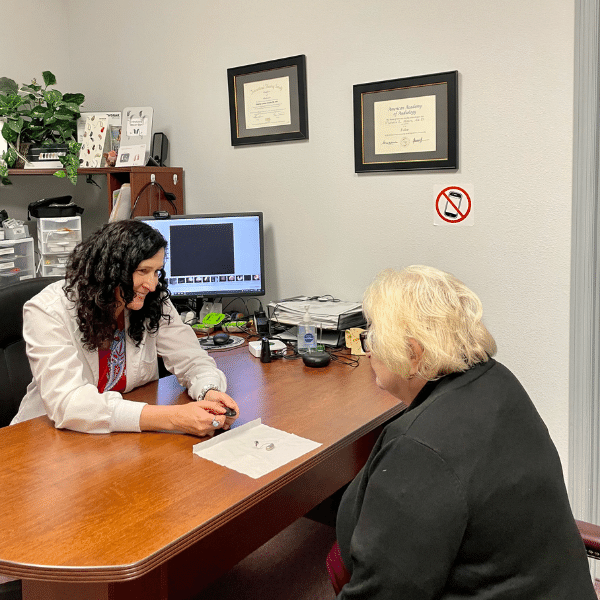